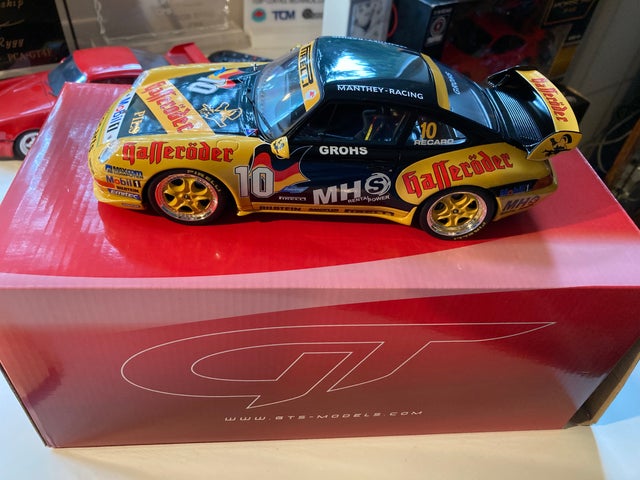 Only out of box for photos. From private collector, original buyer, non-smoking home.

The car: The 911 GT2 (993) replaced the Carrera RSR as a car for private teams and made its debut in the BPR 1995. The GT2 was recognized for its enlarged wheel arches and a generous rear wing. An evo version was then created, with an even more advanced aerodynamics, which included the rear wing mounted even higher. The 911 GT2 ran successfully in various Gran Turismo championships and also in endurance races such as the 24 Hours of Le Mans where it was confirmed as an effective and reliable vehicle. Mint in box